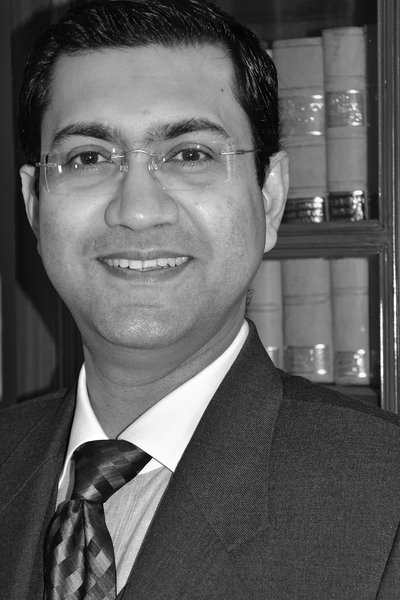 Earlier, as a Partner he headed the Trade and Policy Practice at Luthra and Luthra Law Offices, a tier-1 law firm in India. He was Senior Attorney, Legal & Govt. Affairs for India & South Asia with global tech-leader Qualcomm in New Delhi. He was also a Fellow at the South Centre, inter-governmental organisation in Geneva and Researcher at the Max Planck Institute for Intellectual Property and Competition Law in Munich, Germany. He had started his career as a litigator at the Calcutta High Court in India.

Santanu is Doctor in Law from the World Trade Institute (WTI), Bern University and has a Masters in International Law and Economics (M.I.L.E.) from the WTI. He obtained his LL.B. from Calcutta University, India and read Corporate Commercial Law as a British Chevening Scholar at the University of Law, York, UK. Santanu was called to the Bar in West Bengal and is a member of the Supreme Court Bar, India. He has published on IP laws in peer-reviewed journals, regularly delivers lectures to graduate students and holds Hon. leadership roles in professional associations and industry chambers in India.