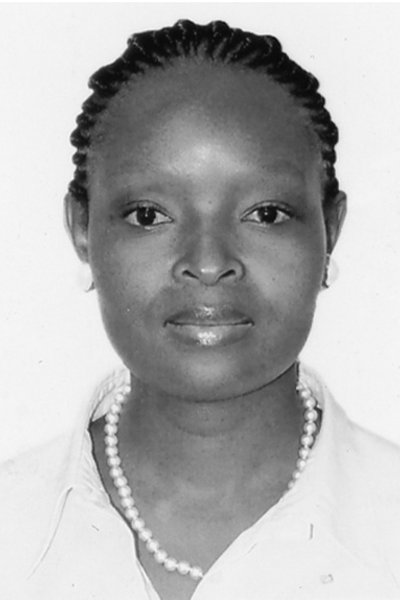 Kekeletso Mashigo is an admitted attorney of the High Court of South Africa since 2002. She holds a BA degree and an LLB degree from the University of Natal (now University of Kwa-Zulu Natal), a higher diploma in income tax law and a higher diploma in international tax law from Rand Afrikaans University (RAU) (now University of Johannesburg), and a Master of Laws degree (International Trade Law) from Stellenbosch University. Kekeletso served her articles of clerkship at Dison Ndlovu Attorneys in Johannesburg where she gained experience in corporate law, commercial transactions law, insolvency law, media and telecommunications law and family law. Prior to serving her articles she attended the School for Legal Practice in Johannesburg and also worked as a judges’ clerk and research assistant at the High Court of South Africa in Johannesburg. Upon completing her articles, Kekeletso worked as an associate in the commercial transactions department at Dison Ndlovu, taking a keen interest in commercial law, tax law and litigation. Kekeletso furthered her commercial and tax interests by gaining experience at the National Treasury (Department of Finance). As a tax policy legal advisor in the Legal Tax Division, she was involved in various projects, including annual amendments to South Africa’s Income Tax Act, developing papers for South Africa’s annual Medium Term Budget Policy Statement (MTBPS) and annual budget speech. More specifically, her focus was on business tax, which included: legislative oversight in business tax, corporate re-organisations and restructurings, hybrid financial instruments, tax stimulus for small businesses, capital reinvestment assets, overhaul of the general anti-avoidance rule, tonnage tax regime, refining of film incentives, mineral royalty bill and mining tax review, ring-fencing of assessed losses of certain trades and urban development zone tax incentives. Kekeletso is currently a Director for Multilateral Organisations in the South African Department of Trade and Industry (the dti) and is responsible for analysing and preparing policy and legal briefs on international trade and investment issues. This requires keeping abreast of current developments including through engagement in various multilateral organisations (Organisation for Economic Co-operation and Development - OECD; United Nations Conference on Trade and Development - UNCTAD, World Trade Orgainsation - WTO, amongst others). She is part of the team that reviewed South Africa’s investment policy and drafted the model Bilateral Investment Treaty and the Promotion and Protection of Investment Bill. Prior to being appointed Director for Multilateral Organisations, she was a deputy director, responsible for South Africa’s trade relations with the European Union. This entailed facilitating South Africa’s trade with the European Union and monitoring the implementation of the Trade Development Co-operation Agreement (TDCA) between South Africa and the European Union. As deputy director she was also part of the team negotiating the Economic Partnership Agreement (EPA) with the European Union within the Southern African Development Community (SADC)-EPA configuration. In 2010, Kekeletso was seconded to the Investment Division at the Organisation for Economic Cooperation and Development (OECD) in France for a year. At the OECD, she worked as an international trade law expert focusing on international investment policy and developments. While on secondment, she co-authored a paper titled ‘Dispute Settlement Provisions in International Investment Agreements: A Large Sample Survey.’ She also authored a paper titled ‘Self assessment of South Africa’s Investment Regime in Relation to the OECD Codes of Liberalisation and the Principle of National Treatment.’ This paper was presented at the dti in May 2011 and at the OECD in March 2012. She updated the paper in 2014 prior to it being published by the OECD in August 2014. Her  motivation for doing the MILE programme is to gain a  multi-disciplinary approach to problem-solving given the interconnectedness of global issues. She believes the MILE to be an invaluable asset given her professional goal of being an international investment, international trade and international tax lawyer. Kekeletso speaks English, Sotho, Tswana, Zulu, Siswati, Afrikaans and has an understanding of French.