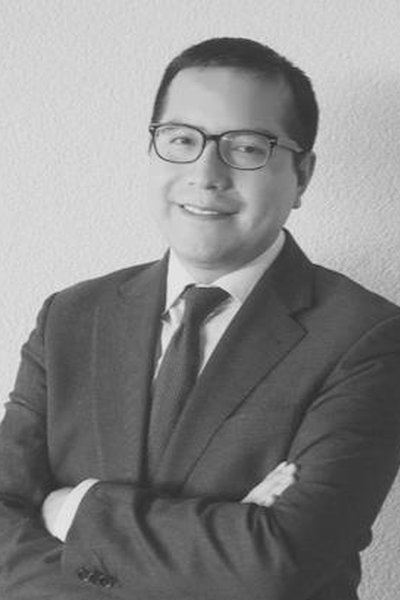 Jimmy is a lawyer with experience in administrative law and in the fields of legal research and development, having worked with subnational governments in Peru, international organisations, and NGOs.

Jimmy has worked as a Legal Advisor for several municipalities in Peru, dealing with public labour law, public procurement and arbitration proceedings. Recently, he worked as a lawyer in the first-tier body under the administrative sanctions proceedings of the Regional Office of Foreign Trade and Tourism of Cusco.

He has previously worked in the fields of legal research and social development, having interned at the Benchmarking Public Procurement Project of the International Finance Corporation/the World Bank and the Office of External Relations of the Inter-American Development Bank. Jimmy has also worked as an Analyst at the Latin American Institute of International Law and International Relations.

In addition, Jimmy contributed to the Public Procurement survey of Peru for the Doing Business Report 2015, developed by the Global Indicators Group of the World Bank Group (2015). He also presented a paper about Public-Private Partnership mechanisms to be implemented in the South American Community of Nations (now UNASUR) (University of Texas at Austin, 2007).

Jimmy holds a law degree from the Andean University of Cusco (Peru), and an LL.M. in International Legal Studies with a focus on International Business Law and Free Trade Agreements & Regional Integration, from the American University Washington College of Law (USA). Jimmy was the Dean’s Fellow at the Academy of Human Rights and Humanitarian Law at the American University Washington College of Law.  Currently, he has been granted a SECO scholarship to pursue his Master's degree in International Law and Economics (MILE) at the World Trade Institute (WTI) of the University of Bern (Switzerland).

He speaks Spanish, English and French.