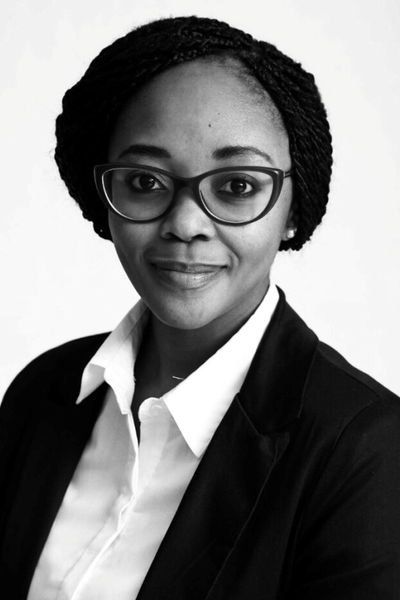 Nomfundo holds an LL.B. degree from the University of the Witwatersrand, South Africa. Following the completion of her undergraduate degree, Nomfundo served her articles of clerkship at one of South Africa’s leading corporate and commercial law firms, Werksmans Attorneys (Werksmans) where she gained experience in the fields of litigation with a particular focus on construction and engineering and competition law.

Upon completing her articles, Nomfundo worked as an associate in Werksmans’ Competition Law department where she was involved in cross-border transactions. During her time as an associate, she assisted with obtaining mergers and acquisitions approval from competition authorities in South Africa, Botswana, Zimbabwe and COMESA. Furthermore, Nomfundo was involved in advising on complaints of alleged anti-competitive conduct.

Nomfundo’s interests lie in international trade and investment law in relation to competition law and foreign direct investment for the development of Africa. Alongside this, Nomfundo is extremely passionate about gender equality and the advancement of women in trade as she strongly believes this is of great importance for the furtherance of international trade.

Nomfundo is grateful to the Swiss State Secretariat for Economic Affairs (SECO) for awarding her a scholarship to pursue the newly-launched TRAIL+ advanced Master’s programme in Trade and Investment Law combined with courses in International Law and Economics.