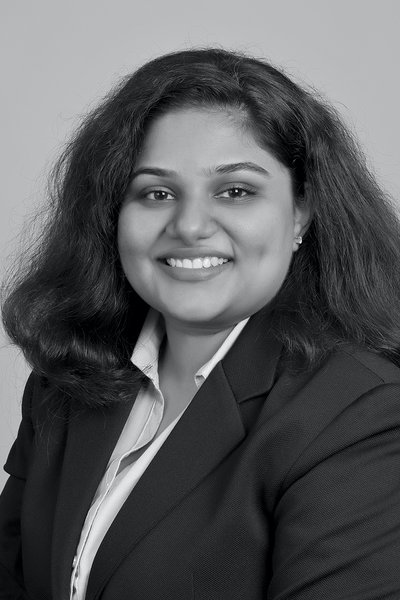 Shivani Trichnopoly Ravi Kanth was born and raised in Hyderabad, India. She holds a degree in Bachelor of Business Admin­istration & Bachelor of Laws (Honours) and a Diploma in International Business Laws & Corporate Laws in India from Sym­biosis Law School, Pune.

During her education at law school, she has actively participated in moot court compe­titions which allowed her to study various areas of law and nurtured her interest in International Trade Law. Shivani has in­terned at the Ministry of External Affairs, Government of India in the Multilateral Economic Relations Division and at re­nowned law firms in India such as Laksh­mikumaran & Sridharan (International Trade Division) and Desai Desai Carrimjee & Mulla to gain a comprehensive under­standing of trade law, arbitration and in­vestment law in diverse sectors. She has also interned under a sitting judge at the High Court for the State of Telangana. She has written and presented numerous re­search papers and articles in areas such as competition law, trade law and mer­gers and acquisitions.