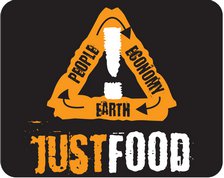 Abstract
On the face of it all is clear and simple. In order to feed over 9 billion people by the year 2050 much more research and technological development (R&D) and investment will be necessary. As late as 2008, the World Bank lamented a decade-old neglect of under-investment and a decreasing relative share of technical assistance, including in its own projects, and encouraged greater investment to address food security concerns. Attracting such investment is important in food deficit countries that experience low relative yields for their agricultural production. Foreign direct investment (FDI)  can play a crucial role because it can mean that the right quantities reach food deficit areas at the right moment. Unsurprisingly, such governments are interested in more investment. A plethora of guarantees and incentives for FDI are offered, often going far beyond what states’ own nationals can expect. However, FDI is not always the answer to food security problems. In reality it can be very much a two-edge sword, especially for weak states. The key is therefore to obtain the maximum positive effects from FDI, whilst simultaneously mitigating the negative effects. The best way to achieve this is by ensuring there is an adequate system of governance in place.

This paper will argue that FDI in agriculture is governed by a series of overlapping international and regional treaty obligations that interact with the terms of the various bilateral investment treaties (BITs) and the national law of the host state (the state in which the investment occurs). This creates a multilevel system of governance for FDI in agriculture that creates obligations and responsibilities for the host state, the investor and the investor’s home state (the state in which the investor is incorporated).