The Minamata Convention on Mercury, a success story of environmental multilateralism 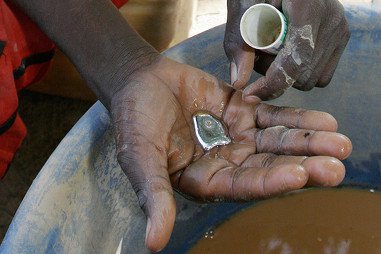 Abstract
Since 2001, the UNEP Governing Council/Global Ministerial Environment Forum (GC/GMEF) has regularly discussed the need to protect human health and the environment from releases of mercury and its compounds. Finally, the fifth session of the Intergovernmental Negotiating Committee to Prepare a Global Legally Binding Instrument on Mercury (INC5) convened in January 2013 in Geneva. Delegates successfully completed the negotiation of a new global treaty on mercury: the Minamata Convention on Mercury. More than 750 participants attended the session, representing 137 governments as well as 57 non-governmental and 14 intergovernmental organizations. INC5 addressed several complex policy and technical issues, including a ban on new mercury mines, phase-out of existing mines, mercury air emissions and releases to water and land, health aspects, and phase-out and phase-down dates for products and processes and regulation of the informal sector of artisanal small scale gold mining. A final compromise was reached during the last night of negotiations, based on a package addressing outstanding issues related to the preamble, finance and compliance. The Minamata Convention’s major highlights include: the ban on new mercury mines, the phase out of existing ones, control measures on air emissions, and the international regulation of the informal sector of artisanal and small-scale gold mining. The Minamata Convention on Mercury will be forwarded to the UN Environment Programme (UNEP) Governing Council and will be adopted and opened for signature during a diplomatic conference to be held from 7–11 October 2013, in Kumamoto/Minamata, Japan.
The Minamata Convention is a remarkable development in international environmental cooperation. The Convention draws attention to a global challenge that was barely recognized 10 years ago, and includes some global provisions that were unthinkable until very recently, such as phasing down the use of dental amalgam. The Convention embodies a legally binding agreement that covers the whole life-cycle of mercury and has multi-faceted implications for several key economic sectors, such as health and cosmetics, construction, heavy manufacturing and electronics. The “homecoming” of the Minamata Convention for the Diplomatic Conference in October 2013 to the place where the effects of mercury poisoning were so devastating, is not only symbolic; it will also serve as a reminder of the essential motivation that enabled the finalization of the Convention in record time.
Biography of the Speaker
Georg Karlaganis studied chemistry at the Swiss Federal Institute of Technology (ETH) Zurich. After writing his PhD thesis under the supervision of Prof. R. Schwyzer, Institute of Molecular Biology and Biophysics at ETH Zurich he pursued a research career at the Institute of Clinical Pharmacology of the University of Bern (1975–1987). He conducted research on cholesterol metabolism at the Department of Physiological Chemistry of the Karolinska Institute in Stockholm with Prof. Jan Sjövall (1979–1981) and was awarded his habilitation from the Medical Faculty of the University of Bern (1985). Since 2004 he has been an Honorary Professor of the University of Bern. From 1987 to 2009 he was Head of the Substances, Soil and Biotechnology Division of the Swiss Federal Office for the Environment (FOEN). His work focused on protection of the environment and human beings against potential hazards caused by the use of chemicals as well as pathogenic and genetically modified organisms. The division is responsible for nanotechnology, biotechnology and for ensuring long-term preservation and sustainable use of soil. Since 2010 he has been a Training Advisor of the United Nations Institute for Training and Research (UNITAR)’s Chemicals and Waste Management Programme focusing on governance of nanotechnology and manufactured nanomaterials. Since 2011 he has been a Senior Research Fellow at the World Trade Institute, Bern, WP3, Cluster New technologies and trade governance.

The Minamata Convention on Mercury, a success story of environmental multilateralism