Internet-induced Changes in Global Governance: Mapping Transformations onto Existing Institutions at the International Level and Looking Ahead 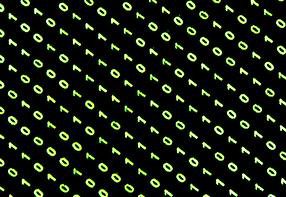 A presentation by Mira Burri at the International Studies Association annual conference, 26-29 March, Toronto. The panel was on institutional adaptation and chaired by John Ruggie.

The myths that cyberspace is unregulated and that it cannot be regulated are both long dead. It was only at the very onset of the Internet’s spread that as governments grappled with the novelty of the medium, up until the late 1990s, most states tended either to ignore online activities or to regulate them lightly, especially in comparison with ‘old’ media like telecom and television. As the Internet became more interwoven in everyday life and as its economic, political, social and cultural importance grew exponentially, states increasingly intervened, translating many of the real-space national and international policies into cyberspace. In comparison to the early days, policymakers have also lost their cautious touch both when intervening and when translating existing conceptualizations of space into cyberspace. Emerging from the ashes of these two myths of cyberspace regulation is a type of ‘messy’ governance encompassing national and international efforts, as well as private and public–private initiatives. This governance ecology has not yet attained its ultimate shape, albeit discrete trends, such as regulation through code, regulation through intermediaries, and hybrid regulatory modes including different degrees of self-regulation, are already discernible.
Central to the paper’s analysis will be the question of how this evolving and messy governance ecology maps onto the existing institutions and rules, in particular at the international level. While we have seen the emergence of new specialized venues, such as the Internet Corporation for Assigned Names and Numbers (ICANN), this is the exception rather than the rule. In fact, most of the relevant international forums stem from the pre-Internet age and have not adapted at all, or only incrementally so. Some, such as the World Trade Organization (WTO), may arguably possess certain traits of adaptive governance, which allow them to adjust anyhow; while other organizations, such as the International Telecommunication Union (ITU), may be ill-suited to change, despite the apparent pertinence of their rules to matters of Internet regulation.
In this context, it will be the objective of the paper to document the contentious relationships between ‘old’ rules and ‘new’ patterns of informing, communicating and doing trade, asking how should and could this messy governance landscape be navigated in order to ensure the provision of key global public goods in the digital age, such as creativity and diversity. The paper will seek to illustrate the difficulties such a project entails, as international institutions are largely driven by the narrow interests of strong national constituencies or expert clubs, and as these actions have unintended consequences in other domains. Accounting for this difficulty and the profound fragmentation of law at all layers of governance, the paper will nonetheless seek to draw some governance design principles, which may improve law’s potency to deal with the digital present and future.

Internet-induced Changes in Global Governance: Mapping Transformations onto Existing Institutions at the International Level and Looking Ahead