“Mind the Gap”: Inequality Aversion and Mass Support for Protectionism 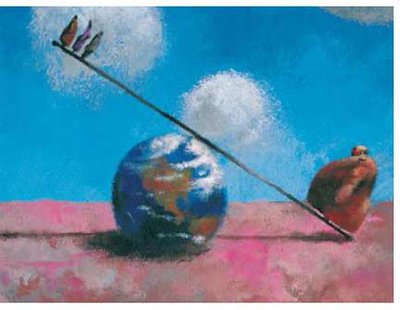 The past two decades were characterized by significant increases in income inequality within and between most countries and regions. During the same period, the world has witnessed unprecedented levels of capital flows and international trade. The existing literature on individual trade preference formation predominantly focuses on the impact of people’s expectations of trade’s impact on their economic welfare, including people’s income and employment prospects. Largely overlooked by the literature is the possibility that individuals’ trade attitudes are motivated by changes in the relative distribution of economic benefits across segments of society. I argue that growing income inequality, a macroeconomic phenomenon, can have adverse effects on mass support for the multilateral trading system, namely via people’s attitudes toward income inequality. The empirical findings from this study show that concern for inequality is an important factor in explaining the dwindling support for liberal trade policies among the American public. Anxiety about widening economic disparity is not limited to income distribution in the national context, but individuals are also worried about the distribution of economic benefits in other countries. I employ a dual empirical strategy to test my hypotheses. As a first step, I use time series survey data from the American National Election Studies (ANES) to test the relationship between individuals’ level of inequality aversion and attitudes toward trade liberalization. Second, a survey experiment design was implemented to substantiate the correlational relationship.