The services sector in India's states : a tale of growth, convergence and trade 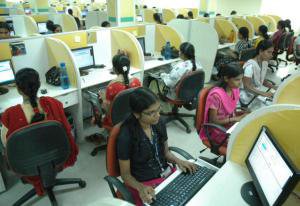 India's success story in services is well documented at the national level, but similar literature does not exist for India's states. We bridge this gap by studying India's services growth at the sub-national level. Contrary to earlier commentary on the unsustainability of India's services growth process, our findings suggest that per capita services may be converging across Indian states (this is not true of per capita income); unlike previous studies on India, evidence is provided using both traditional sigma and beta-convergence measures and advanced panel unit root tests from the recent econometrics literature. A disaggregated analysis of services sectors reveals convergence in railways, public administration and financial services. Finally, a Jensen and Kletzer approach to determine tradability and an additional original methodology provide evidence of most services being ‘traded’ across India's states, suggesting the role of such trade in the services growth story even at the sub-national level.

The services sector in India's states : a tale of growth, convergence and trade