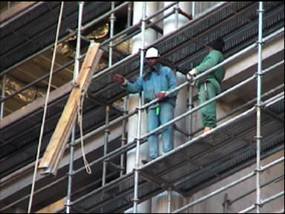 Abstract
In this paper we discuss the relationship between labour market regulation and regional trade agreements from both a legal and an economic angle. We examine empirically whether regional trade liberalisation is associated with deterioration (“race to the bottom”) of domestic labour standards beyond those reflected in the 1998 ILO Declaration on the Fundamental Principles and Rights at Work. Using a panel of 90 developed and developing countries, covering the years from 1980 to 2005, we find that after the entry into force of a regional trade agreement (RTA), labour standards applying to employment protection and unemployment benefits are significantly weakened. We show that such a lowering of protection levels tends to occur in high income countries and that this effect mainly stems from RTAs among such countries rather than with low or middle income countries.

Concern about competitive pressure to weaken domestic labour regulation is reflected in a variety of undertakings in RTAs not to administer labour laws with a view to improving one’s competitive position in trade or foreign direct investment (FDI). The above-mentioned empirical findings indicate that such provisions could potentially become relevant, and that this is more likely to be the case for high income members of RTAs. Our analysis, from a legal point of view, of relevant institutional and procedural mechanisms indicates however that enforceability of the relevant provisions is weak for most of the existing legal texts.

The Book: Policy Priorities for International Trade and Jobs
How does trade affect jobs? The International Collaborative Initiative on Trade and Employment (ICITE) brings together ten international organisations with the aim of improving understanding of the interaction of trade and the labour market, promoting dialogue among stakeholders, and developing policy relevant conclusions. Launched in 2010, the first wave of work under ICITE is nearing completion.

This book presents highlights from the first two years of work, as selected by ICITE partners.