Agents, trustees, and international courts: The politics of judicial appointment at the World Trade Organization 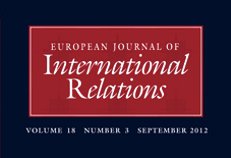 Abstract
Scholars have increasingly theorized, and debated, the decision by states to create and delegate authority to international courts, as well as the subsequent autonomy and behavior of those courts, with principal–agent and trusteeship models disagreeing on the nature and extent of states’ influence on international judges. This article formulates and tests a set of principal–agent hypotheses about the ways in which, and the conditions under which, member states are able use their powers of judicial nomination and appointment to influence the endogenous preferences of international judges. The empirical analysis surveys the record of all judicial appointments to the Appellate Body of the World Trade Organization (WTO) over a 15-year period. We present a view of an Appellate Body appointment process that, far from representing a pure search for expertise, is deeply politicized and offers member-state principals opportunities to influence Appellate Body members ex ante and possibly ex post. We further demonstrate that the Appellate Body nomination process has become progressively more politicized over time as member states, responding to earlier and controversial Appellate Body decisions, became far more concerned about judicial activism and more interested in the substantive opinions of Appellate Body candidates, systematically championing candidates whose views on key issues most closely approached their own, and opposing candidates perceived to be activist or biased against their substantive preferences. Although our empirical study is specific to the WTO, our theory and findings have implications for the judicial politics of a large variety of global and regional international courts and tribunals.