To What Extent Do Bilateral Migration Agreements Contribute to Development in Source Countries? An Analysis of France’s Migration Pacts 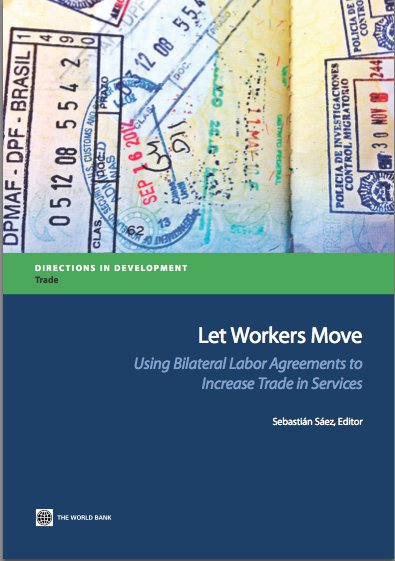 The choice of the appropriate agreement template and its sequencing with respect to other types of agreements may have value for temporary migration and trade policy formulation, particularly where labor mobility is conceived of and conceptualized as part of services trade policy. France’s recent bilateral migration agreements exemplify contradictory efforts in facilitating labor market admission. Its agreement with Tunisia, for example, contains support mecha- nisms and structures for facilitating labor migration and improving the employ- ability and skill levels of Tunisian workers. Other French migration pacts are less impressive in terms of formalizing the role of the private sector in host and source countries, but they focus on policy initiatives for increasing unilateral transfers, such as the return migrant entrepreneurship, the circular migration of scientists and academics, the defiscalization of migrants’ savings, the co-financing of diaspora investments, and the increases in individual remittances flows.

France’s migration pacts vary widely on matters such as the source country’s negotiating leverage and access to regional blocs such as the European Neighbourhood Policy (ENP), Mediterranean initiatives, or European Union (EU) preaccession negotiations. In particular, France’s bilateral migration agreements with countries falling under the ENP apply a different and more developed template than its agreements with countries not considered among the European Union’s “closest neighbors.” The pacts also vary with respect to the number of issues to be negotiated (including readmission) and the source country’s articula- tion of development priorities. The newest pacts aim to prod the governments of migrant source countries to articulate their own migration policies and to join the fight against irregular migration and document fraud. In contrast to their one- dimensionally focused precursors—seasonal and guest-worker agreements, co- development conventions, fishery agreements, readmission and visa agreements, and exchange agreements for students, young professionals, and trainees—the new pacts are comprehensive agreements for managing migration. Their innova- tive feature is multifunctionality (Migreurop 2010). They create a common ground for the host and source countries to address the essential challenges of migration management: labor migration; the fight against irregular migration, including readmissions, border securitization, and document fraud; and the nexus between migration and development.

To What Extent Do Bilateral Migration Agreements Contribute to Development in Source Countries? An Analysis of France’s Migration Pacts