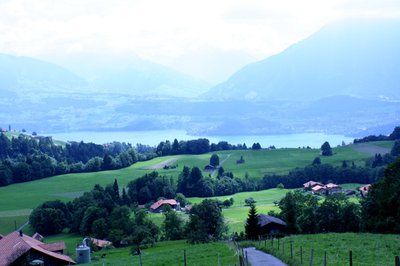 Charlotte Sieber-Gasser wrote an article together with Stefan Schlegel from the University of Bern on the conflict between the legal obligations of Switzerland under mode 4 temporary labour migration and Swiss migration law. While from a strictly legal perspective the practice was already questionable in the past, the existing legal conflict was furthermore sharpened by the Swiss referendum on mass immigration.

The authors show that Switzerland has committed to what can be called a ‘right to permit’ for the limited group of persons wishing to temporarily (up to 5 years) stay and work in Switzerland under the conditions established by mode 4. Switzerland implicitly or explicitly committed to not applying numerical ceilings on GATS mode 4 temporary labour migration in at least seven Free Trade Agreements. Furthermore, Switzerland is obliged to grant National Treatment to the persons qualified under mode 4. These commitments are in conflict with the Swiss referendum on mass immigration, which requires numerical ceilings on all foreign persons entering, staying and working in Switzerland. In addition, Swiss migration law does not yet recognize the special legal implications linked with mode 4 temporary labour migration, such as National Treatment or its character as a ‘right to permit’, if the requirements established by mode 4 are met.

The authors suggest that from a strictly legal perspective Switzerland basically has two options: 1) treating mode 4 outside of migration law and outside of numerical ceilings, based on the right to a permit which is inherent in mode 4 commitments, or 2) re-negotiating in total seven Free Trade Agreements, which provide for such a right to a permit based on mode 4 and withdrawing these commitments. The article provided the basis for the discussion in the small chamber of the Swiss parliament on the ratification of the Free Trade Agreement between Switzerland and China. Swiss media also broadly covered the article. With a view to the implementation of the referendum, the large Swiss trade associations recently demanded with one accord, that option 1 ought to be considered and that labour migration based on mode 4 should be treated outside of numerical ceilings. Finally, Prof. Dr. Peter Uebersax published in the same journal an article on the constitutional regulation of immigration, referring prominently to the article by Sieber-Gasser and Schlegel. The discussion in multiple fora is going to continue, as the implementation of the Swiss referendum on mass immigration is still pending.