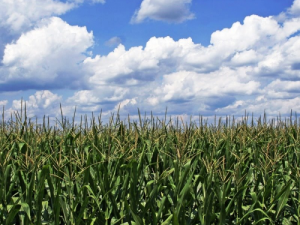 Abstract To say that regionalism is gaining momentum is an understatement. To mourn the lack of progress in multilateral trade rule-making is a commonplace in the discourse of politicians regretting the WTO negotiation standstill, and of “know-it-all” academics. The real problem is the uneven playing field resulting from increasing differences of rules and obligations. The Transatlantic Trade and Investment Partnership Agreement (TTIP) is a very ambitious project. WTI studies in 2014 have shown that the implications for Switzerland could be enormous. But even the combined market power of the two TTIP participants – the EU and the USA – will not level the playing field impairing the regulatory framework, and the market access barriers for trade in agriculture. Such differences will remain in three areas which, incidentally, are also vital for a global response to the food security challenge to feed 9 billion people before the year 2050: market access, non-tariff barriers, and trade-distorting domestic support programmes. This means that without multilateral progress the TTIP and other so-called mega-regionals, if successfully concluded, will exacerbate rather than lessen trade distortions. While this makes farmers in rich countries safer from competition, competitive production in all countries will be hampered. Consequently, and notwithstanding the many affirmations to the contrary, farm policies worldwide will continue to only address farmer security without increasing global food security. What are the implications of the TTIP for Swiss agriculture? This article, commissioned by Waseda University in Tokyo, finds that the failure to achieve further reforms – including a number of areas where earlier reforms have been reversed – presents Switzerland and Swiss agriculture with a terrible dilemma in the eventuality of a successful conclusion of the TTIP. If Swiss farm production is to survive for more than another generation, continuous reform efforts are required, and over-reliance on the traditional instruments of border protection and product support must be avoided. Without a substantial TTIP obliging Switzerland to follow suit, autonomous reforms will remain extremely fragile.