The Story of Community Preference for Food Security 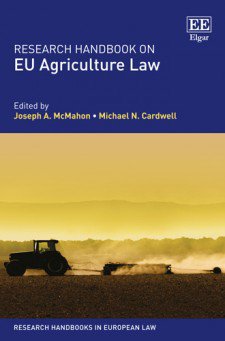 “Préférence communautaire” is an in-built notion of the Common Agricultural Policy (CAP) since its inception with the Treaty of Rome (1957). Its simple objective laid down at the Stresa Conference in 1958 is to prefer community produce over imports wherever possible. Never uncontested, and despite its never modified constitutional base, the community preference has seen import tariffs and export refunds – its two principal tools – eroded by successive CAP reforms and by multilateral and regional trade agreements. Recent literature and policy debates rarely refer to the notion. Instead, politicians today claim that the CAP contributes to food security. This chapter reviews the history of the community preference and its present instruments. It asks what remains of it and whether new non-tariff and domestic support measures might have a similar objective. It argues that the CAP, in fact, aims less at food security than at (European) farm security. Even so, the increasing dynamics and new challenges of agricultural trade warrant a fresh look at this instrument. The chapter concludes by arguing that in the medium term the WTO Green Box has the only legal and effective tools to genuinely promote EU agriculture and food without a deleterious impact on food security in developing countries.

The Story of Community Preference for Food Security