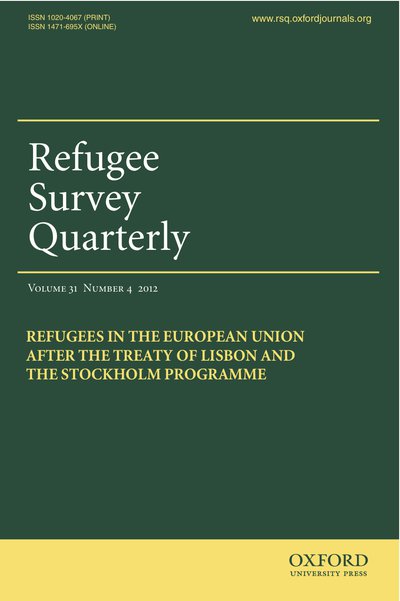 Cooperation on asylum has significantly developed amongst the European Union Member States in recent years. This is remarkable given the sensitivity of asylum matters, which are inherently highly political. All the articles presented in this special issue aim to capture some aspects of the European Union fast changing asylum policy following the entry into force of the Treaty of Lisbon and the adoption of the Stockholm Programme in December 2009. The special issue examines the impact of these changes on asylum governance in the European Union, in particular whether, as a result of these changes, we can observe an increase in supranational governance in a policy area that was traditionally intergovernmental, with a strong focus on national sovereignty. As the articles in this special issue demonstrate, there have been many changes in the European Union polity, which European Union institutions have exploited by providing European Union legislation. As a result, there has been an important increase in supranational governance and significant steps have been taken towards establishing a “Common Area of Protection”. However, asylum matters are not governed supranationally yet. Actually, there is still a considerable way to go before all the objectives set in the area of asylum are fully met.