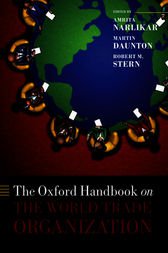 The Oxford Handbook on the World Trade Organization provides an authoritative and cutting-edge account of the World Trade Organization. Its purpose is to provide a holistic understanding of what the WTO does, how it goes about fulfilling its tasks, its achievements and problems, and how it might contend with some critical challenges. The Handbook benefits from an interdisciplinary approach. The editorial team comprises a transatlantic partnership between a political scientist, a historian, and an economist. The distinguished and international team of contributors to the volume includes leading political scientists, historians, economists, lawyers, and practitioners working in the area of multilateral trade.